Located in the Medieval Town of Rhodes, Trinity’s neighborhood is a mosaic of different cultures and historical periods. Today the old town maintains this multicultural identity and is a dynamic and vivid cell of the island. It is recognized as an Unesco world Heritage site.

The first indications of construction are after the earthquake of 515 AD, when the fortification of the old town began to build. Most of today’s form and character is due to the occupation of the Knights of St. John, who arrived in 1309 and were settled on the island for 200 years.

Afterwards in 1522 the Old Town faced a critical point in its history; it was conquered by the Turks. Life changed completely in the Medieval town, churches were transformed to Mosques, minarets were constructed, changing the skyline of the city, many public baths started to being built. Moreover, it was prohibited to the previous settlers to live inside the walls and they were only allowed to work until the dusk. Afterwards they were commanded to exit and the gates closed.

During their settlement, the majority of the remarkable public buildings and landmarks were built. They constructed the picturesque moat, bridges, gates, temples of worship and public use buildings. During this particular period the Old town was divided into two parts the Collachium and the Bourg. The first part was the house of the Knights and the Administration. The latter, is where the native population constituted of Greeks, Jews and Latins lived.

In 1922, the Old Town was introduced to its new settlers the Italians. During the period of the Italian occupation the life in the Old town and at the whole island in general, was improved completely. Under the occupation of the Ottomans, the outskirts of the walls were vast graveyards and the Old town was damaged seriously and was full of ruins. But, with careful planning and strategical design, the quality of space began to improve. The walls were restored, new gates were opened to link the old town with new city, landmarks were refurbished and public parks and green areas were created.

Today the old town maintains this multicultural identity and is a dynamic and vivid cell of the island. It is recognized as an Unesco world Heritage site. The environment is mysterious and atmospheric. Many facilities are offered inside the city such as dining, shopping and nightlife. Finally plenty of remarkable buildings, narrow paved roads, galleries and squares await you to explore them. Fortunately Trinity’s location is optimized for your relaxation, based on the fact that it is in a walking distance from the heart of the city but quiet away from unwanted noises. The location is close to every popular landmark of the old town and its immediate neighborhood is extremely peaceful.

The serene atmosphere of Trinity awaits you to experience it.

For colder months our indoor lounge and bar are at your service. 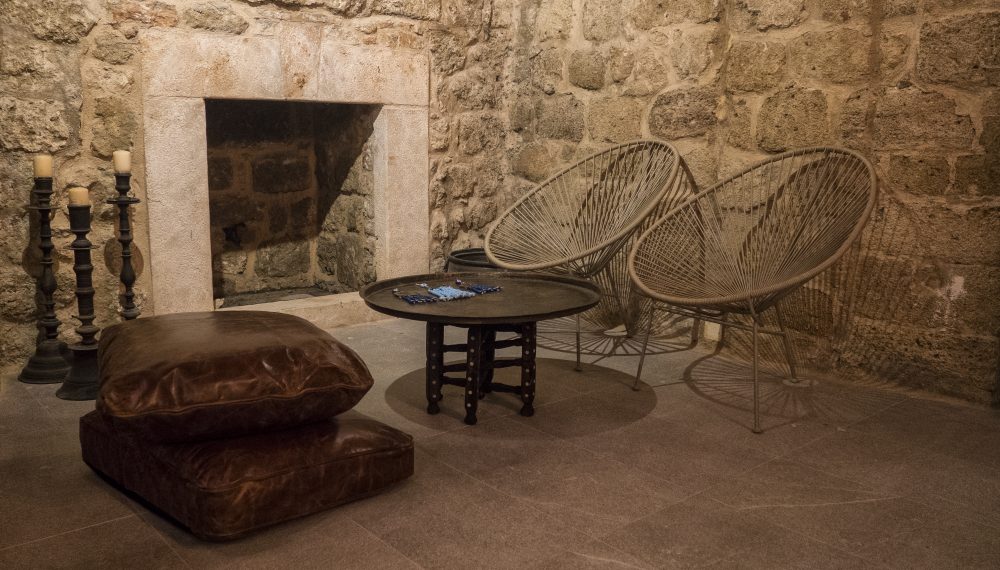 Enjoy freshly made breakfast in our courtyard. 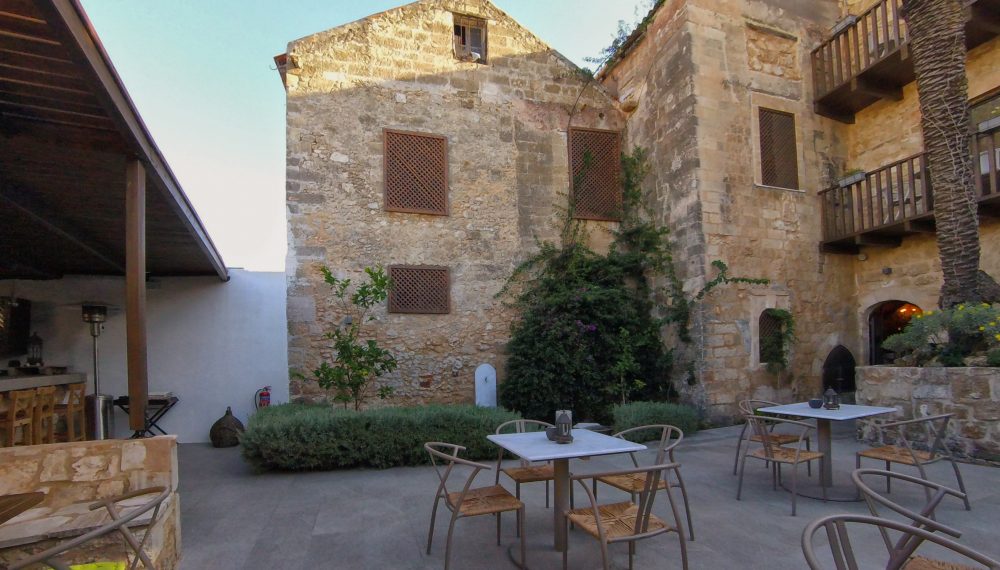 Breakfast is prepared from fresh, local products and served in the courtyard. Other meals during the day are available upon request. 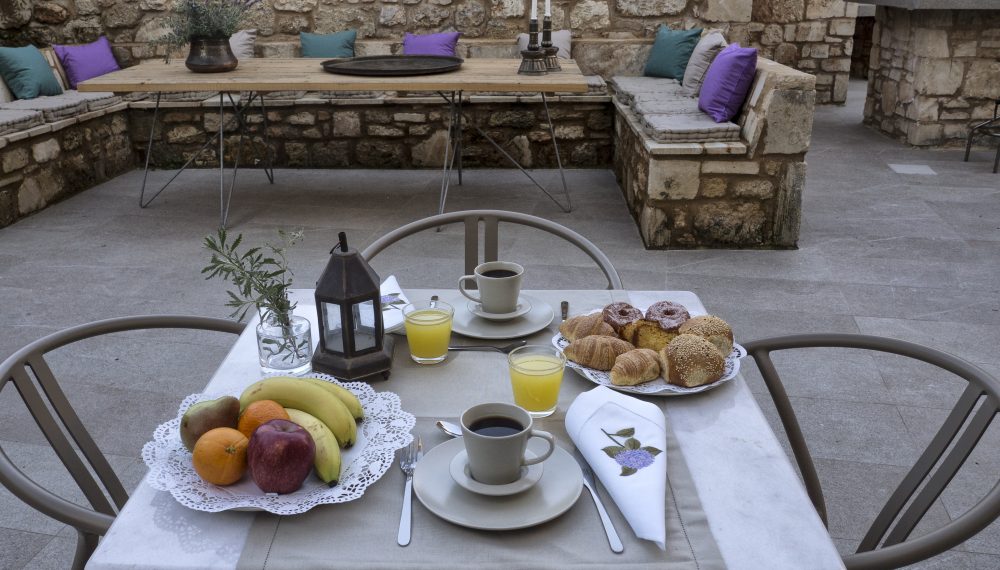 After full day of adventures relax at our garden lounge, while enjoying your favorite drink. 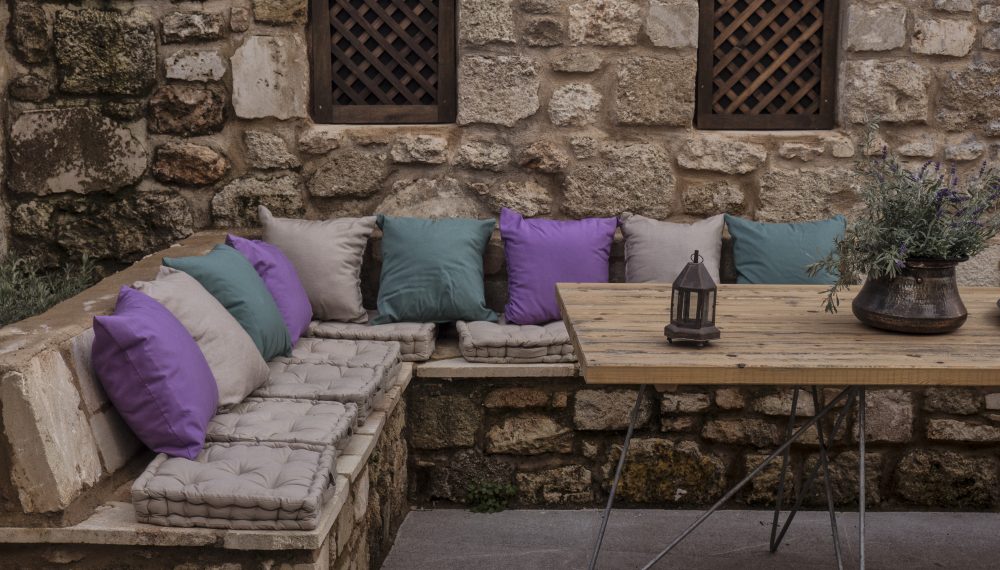 There is also a private bathroom with a shower and a free-standing bath; additionally certain rooms are equipped with hydro massage jacuzzi. 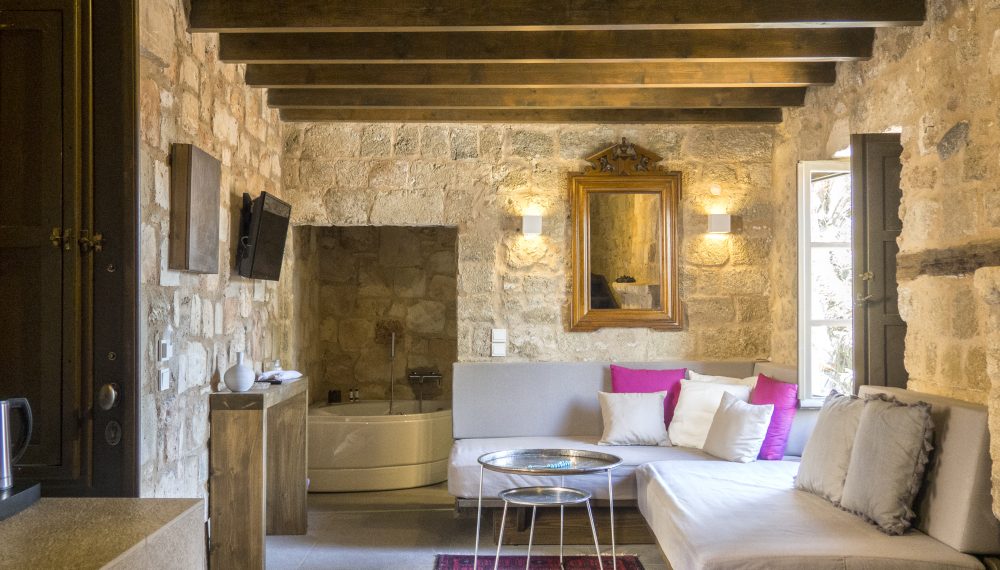 There is the possibility of cooking inside the rooms as they are equipped with a kitchen counter, ceramic hob and sink. Also in all our rooms you will find a coffee machine and a mini bar. 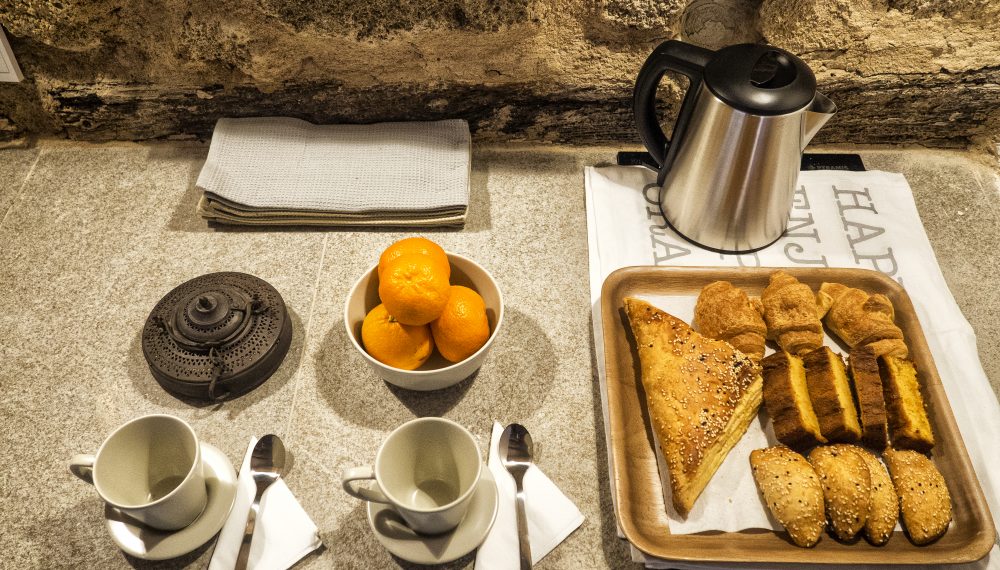 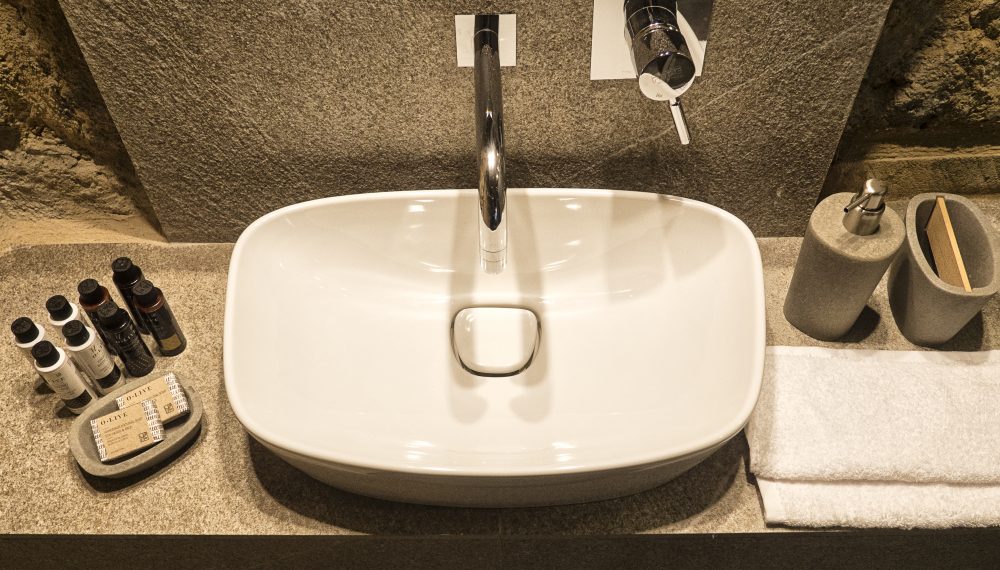 All our rooms feature Coco-Mat comforts. 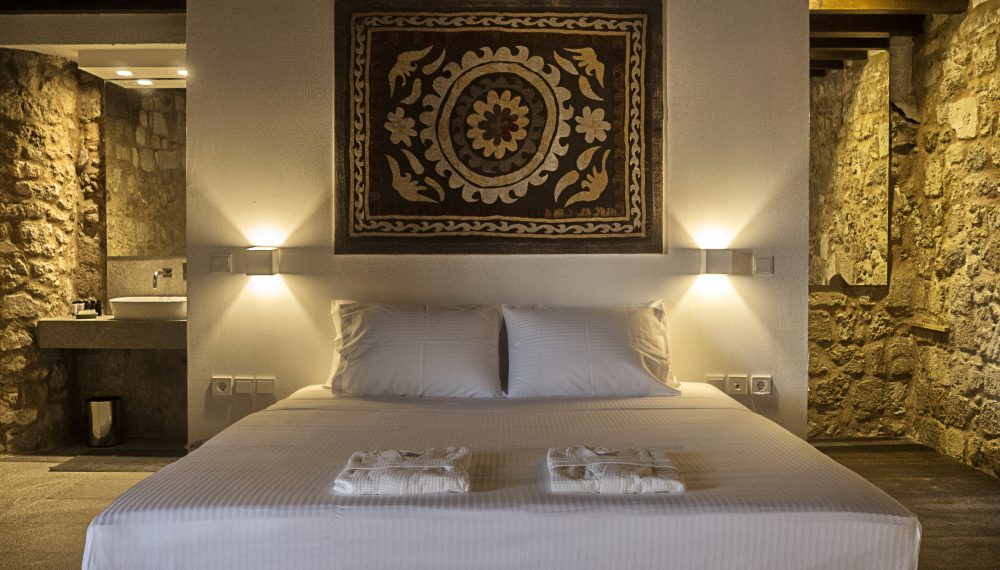 We accept bookings made by phone, email or online.

When you browse on this site, cookies and other technologies collect data, so we could analyze our traffic. Click on “Cookie Settings" to learn more, and make choices about the data used by us and our partners on the site. By clicking “Accept” you consent to this use of cookies and data.
Cookie settingsACCEPT
Manage consent

This website uses cookies to improve your experience while you navigate through the website. Out of these, the cookies that are categorized as necessary are stored on your browser as they are essential for the working of basic functionalities of the website. We also use third-party cookies that help us analyze and understand how you use this website. These cookies will be stored in your browser only with your consent. You also have the option to opt-out of these cookies. But opting out of some of these cookies may affect your browsing experience.
Necessary Always Enabled

Performance cookies are used to understand and analyze the key performance indexes of the website which helps in delivering a better user experience for the visitors.

Analytical cookies are used to understand how visitors interact with the website. These cookies help provide information on metrics the number of visitors, bounce rate, traffic source, etc.

Advertisement cookies are used to provide visitors with relevant ads and marketing campaigns. These cookies track visitors across websites and collect information to provide customized ads.

Other uncategorized cookies are those that are being analyzed and have not been classified into a category as yet.